This year Lamborghini released one of the world’s most expensive cars ever, the Veneno at $3.9 million.  Only 3 were produced, so this is just a collector’s item for those with more money than they can count.  (They’d better not wreck it, since there would be no spare parts to find!)

As you might expect with it being a Lamborghini, it looks fast and exotic, although even more so than normal.  This one reminds me of a Batmobile, in some of its stylings.  Obviously it’s not, but it would take someone like Bruce Wayne to be able to afford it. 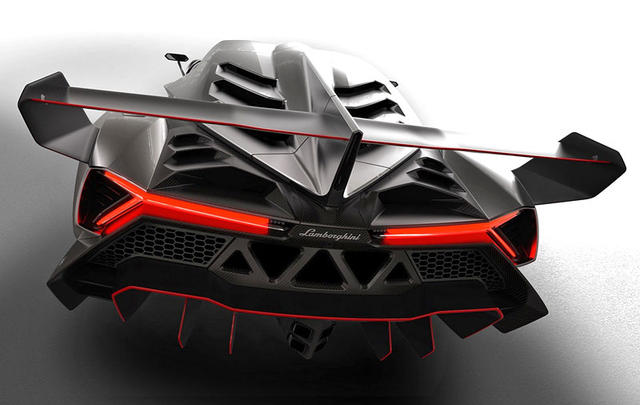 That’s awesome already, but it would be even cooler if it shot fire out the back like the Batmobile.

There’s more awesome pictures at the link above.

Also as expected with a Lamborghini, it’s faster than most people could safely handle.  It accelerates from 0 to 60 in 2.8 seconds, with a top speed around 220 MPH.  (The article didn’t mention it’s MPG…)  🙂

I also heard that a Lamborghini SUV will be going on sale in 2017, for an estimated $200,000.  The specs aren’t released yet, but some suspect it will have around 650 horsepower.  (My wife wants a new SUV… hmm… but our car budget will need a considerable increase in the next 4 years…)

2 thoughts on “a Lamborghini Batmobile”