It’s time for another caption contest!  Since the Olympics are going on now, I’m going to feature a sports photo.  I don’t think sumo wrestling is actually in the Olympics, but perhaps it should be.  (Let your imagination run with that for a minute.)  Now, on to the picture and your captions! 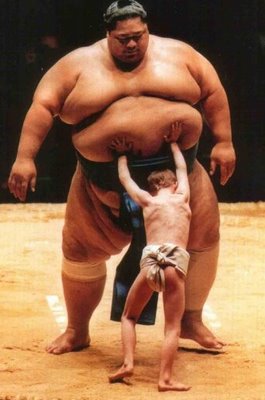 The rules are simple : write a caption for the photo, whatever you want (within the site’s language rules).