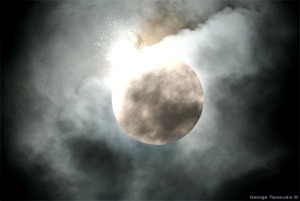 I saw where somebody searched for “explosion on the moon” and found this blog, which we have talked about so that’s not surprising.  But I was curious if there was a specific explosion that someone is searching for info about.  So I did a quick search and found several links about asteroids / meteorites crashing into the Moon, which has happened countless times.  But then I saw a link where NASA was planning to trigger a massive explosion on the moon to search for ice.

NASA is preparing to launch the Lunar Crater Observation and Sensing Satellite, which will fly a Centaur rocket booster into the moon, triggering a six-mile-high explosion that scientists hope will confirm whether water is frozen in the perpetual darkness of craters near the moon’s south pole.

Flying a rocket into the moon at 5,600 mph to create an explosion is cool!  Where do I get that kind of job?

Actually, since nobody owns the moon, technically it wouldn’t be against the law to create your own explosions on the moon, right?  Of course, that would require money and technology we don’t yet possess, but we can dream, right?  🙂

First, look at this picture: 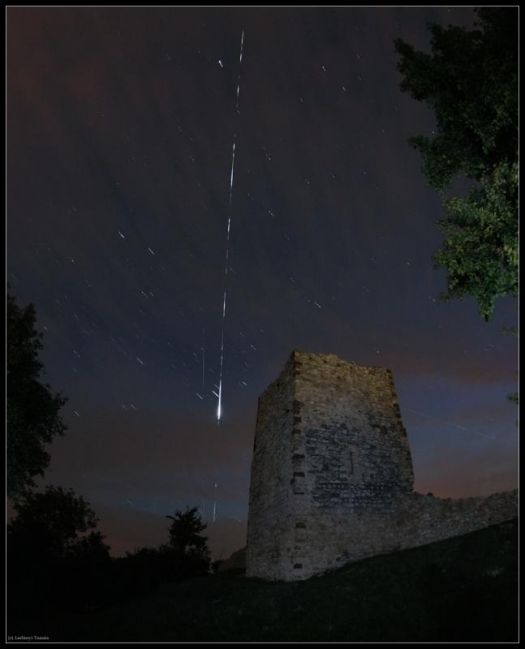 What do you think that is?  Obviously the article name is a clue.  The space shuttle Discovery recently released 150 pounds of astronaut urine and waste water into space.  Apparently space regulations ban astronauts from dumping waste water at the International Space Station, so they wait until they undock before releasing their excrement waste.

There’s a little more info and another picture at this link: Space Shuttle Unleashes Magnificent Plume of Pee.

If you missed seeing it, a NASA spokeswoman said it’s a fairly common sighting.  While it looks cool, it seems like there’s probably a better way for dumping that kind of waste…  Hopefully it all burns up, but I don’t know.  I do know that you don’t want to think about it too much…

Do you remember when NASA fired a space probe at a comet and hit it?  This was a $333 million mission called “Deep Impact”.  It was very impressive that they were able to hit the comet because it was moving at 23,000 mph.  NASA plans to study the debris generated to hopefully learn how the solar system was formed.

This was a few years ago, so it’s not exactly news, but I just found out something else about it.  A woman named Marina Bai sued the U.S. Space Agency over the mission, claiming it “ruins the natural balance of forces in the universe” and thus would “deform her horoscope”.  She sued for $300 million, for her “moral sufferings”.  (I wonder how bad $300,000,000 worth of “moral sufferings” would feel; I can’t say I’ve ever felt that bad.)

By now, you’ve probably already realized this is a stupid lawsuit.  But it gets even better — the comet in reference, 9P / Tempel, doesn’t actually appear on the horoscope!

So obviously this woman was just making all this up to get rich, but these frivolous lawsuits clog up the justice system (which is already inconceivably slow) and waste taxpayers’ money as well as time and money from the people being sued for no reason.  So can someone sue that woman for being stupid?  Although, on second thought, the ability to sue people for being stupid would overwhelm the court system even more, so perhaps some limits would need to be put in place…

In the news today, the toilet on the International Space Station is clogged and broken.  One source said it’s a “fabrication flaw” in the toilet’s compressor units.  NASA said the equipment isn’t providing enough suction on a regular basis.  So in other words, it doesn’t suck enough.  Or I guess you could say it sucks at sucking.  🙂

The news article says “this is no laughing matter”, which is an understatement for those on board the space station because they may have to start using plastic bags.  But that doesn’t mean we can’t laugh at it.  🙂

But what’s not funny is the cost of the toilet.  Granted, it’s a high-tech toilet, because in space there is no gravity, so you need some type of fan-based vacuum system.  But wait ’til you hear the cost — $19 million! And NASA bought this from Russia, because they said it was cheaper than building their own.  Also, this toilet is also like a local municipal treatment center, because it recycles the urine into drinking water.  So it’s definitely high-tech.  But $19 million?!?  I know there’s a lot of smart people at NASA, so surely they could come up with something cheaper.